I actually made it through this photo session and only took 7 pictures.  Yes, only 7.  Can you believe it?!?! 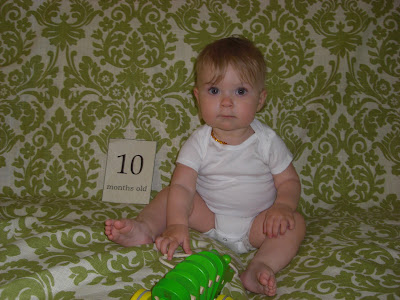 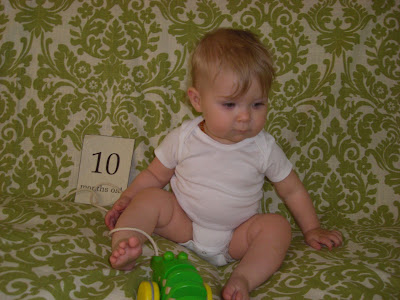 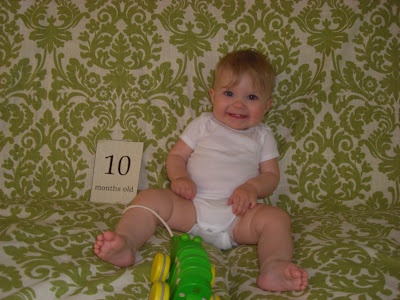 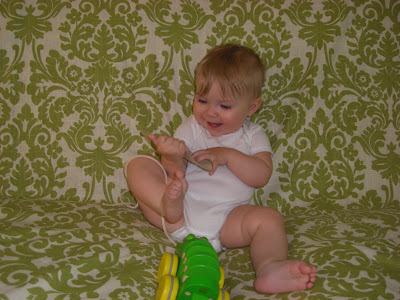 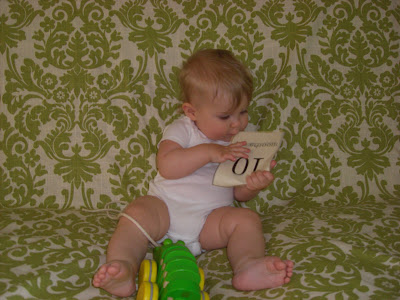 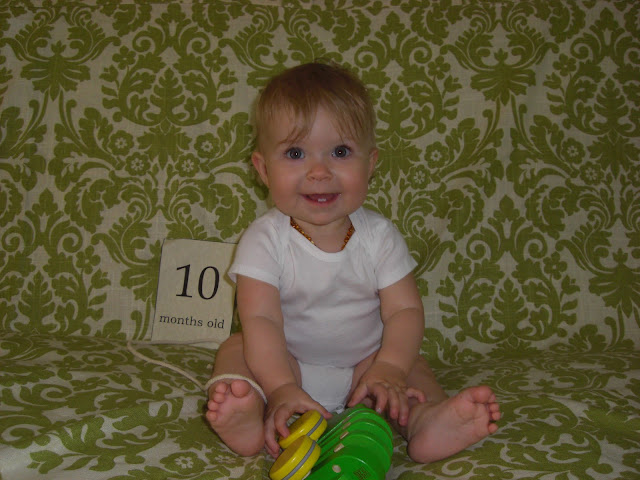 The money shot.  Love her.
Isla June has grown so much this past month.  She's always been so observant and tries new things all the time, but now, as Jeje put it, she's starting to really apply some of her new knowledge.  Isla June still says dada quite a bit, but now she can say it to Jeremy and knows that's what to call him (he LOVES it!).  She can imitate/say "Hey" and can wave.  She can clap her hands now (we've been doing the clapping motion for a while now, but she just started making noise with this, so I never counted it before.  The teacher in me.)  IJJ loves to open and close doors and cabinets.  She loves to dance and enjoys watching her song videos and dancing along with them.  She loves to play "keep away" with Beaugart and his toys.
She wears 6-12 months clothes, and most are too big.  She just finished a growth spurt and has thinned out a bit and gotten taller.  A couple of people have commented on what a "trim" baby she is.  Ha! Who would have thought??  She wears a size 3 diaper and take about 6 ounces of milk 3-4 times a day. and drinks 3-5 ounces of water.  She eats 3 meals and 2 snacks a day.  She loves to feed herself.
She sleeps through the night most nights, but she has the hardest time falling asleep.  She pretty much has to yell about it every time.  Kind of heartbreaking.  I don't want her to think that going to sleep is something to yell about.  Hopefully we will outgrow it. update- it's already better!
We're still cruising around on everything and we're just waiting for her to forget herself and take that first step.
She's gotten very good at communicating to me.  Although most of this communicating involves yells and grunts.  But, she lets me know if she wants to eat, what she wants to eat, if she wants to go for a walk (she lunges towards the stroller).  Lots of letting me know.  Hopefully...hopefully, the baby sign will start to kick in.
On a sour note, we are diligently working on getting her two front teeth to come in.  They are a terror and have really been upsetting her.  Breaks my heart.
She's such a great little lady.  Can't wait to see what she does next.
Posted by Meagan {Green Motherhood} at 5:01 AM