As a new(ish) mom, I'm in the throws of attempting to create some holiday traditions in our household.  I know we had some growing up that I think just kind of evolved over time, which were really just recurrences and familiarities over the years.  One I remember fondly was singing carols every Christmas Eve together.  But, alas, I don't play the piano (despite my mother's best efforts) and Jeremy hates holiday tunes.  So, that's sort of a bust.
But, with my (new) family, I am ready to put some things into play.  When Jeremy and I celebrated our first Christmas together, I began giving him a gift of Christmas PJ's on Christmas Eve.
But, that's about as far as I've gotten.
I really want Isla June to grow up with some traditions in place that she can look back on and remember with fondness as well.  I haven't jumped on the "elf on the shelf" train yet.  Maybe next year, still figuring out how I feel about him.
Ok, all this rambling to say.....we tackled a gingerbread man!
Thanks to my mom (Mimi), we had a kit in our house to try out. 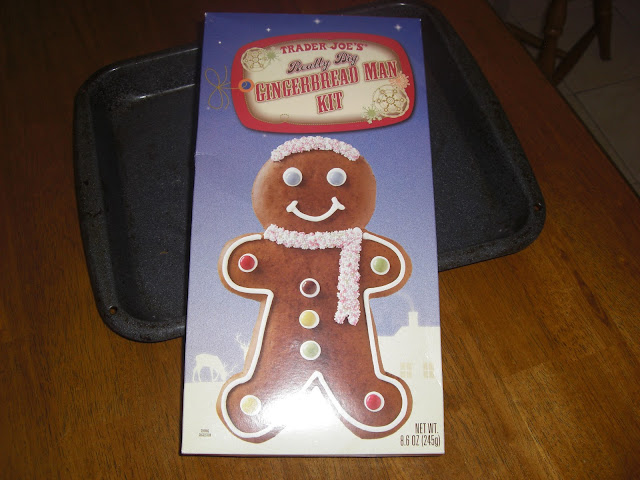 He was premade, so no cooking involved (which helps with a child under 2).
As hesitant as I am to tackle these sort of things due to fear of debilitating messes, I was excited for her to dig in.  And since I was allowing her to sit in a chair at the table, (we've taken to climbing on the table lately), she was in. 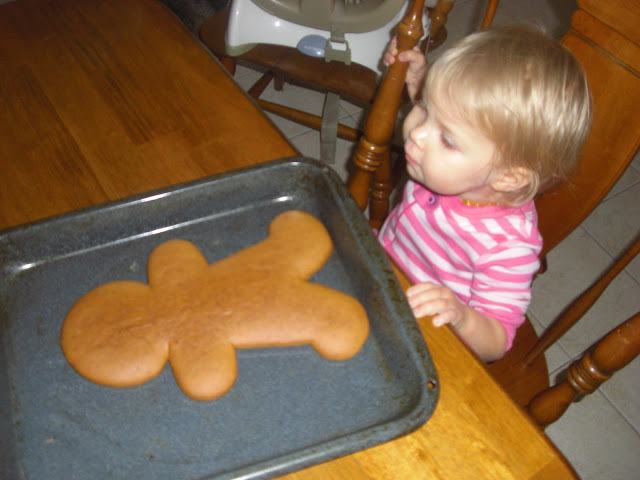 He was pretty big, and she really just wanted to pick him up and walk around with him. 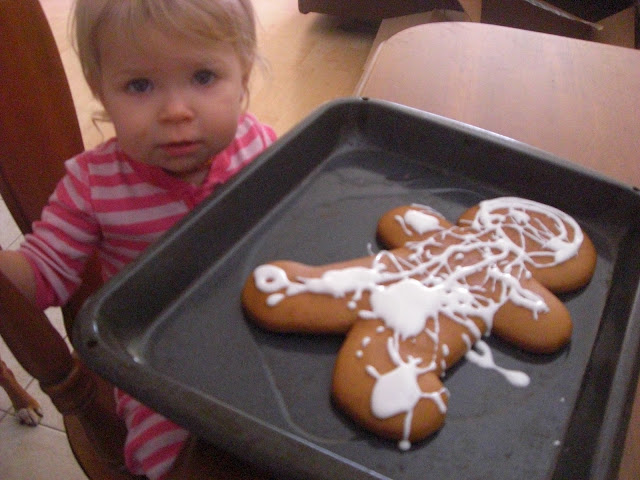 I attempted to entice her to help put all of the frosting on him.  But, it came spilling out so quickly that by the time I convinced her to touch the bag, it was over.  I think she was relieved.
She would at least point to the body parts as I would call them out (hands, feet, hair, head, mouth, belly, etc). 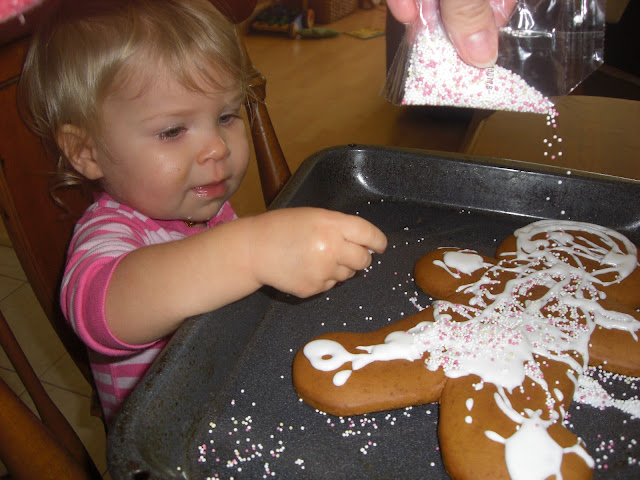 But, she loved the sprinkles.  I don't think she's ever seen sprinkles before.
It started off so slowly.  One finger dip, two finger dip, eyes on momma to see if she's watching.  And then she noticed that I wasn't stopping her. Digging for sprinkles prompted handfuls of frosting.....and well, it was all over from there. 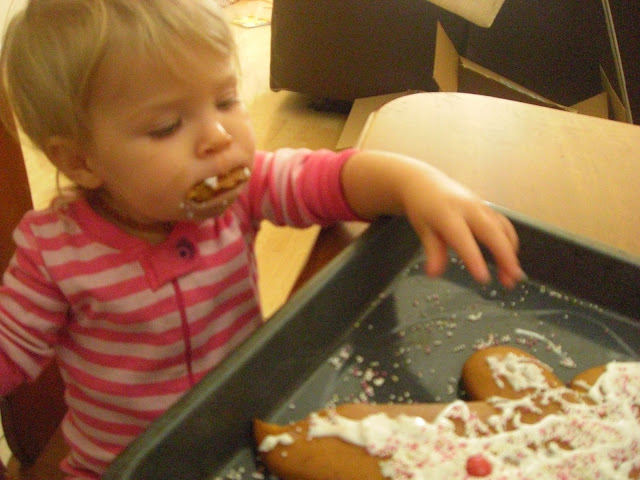 As quickly as I would put the eyes and buttons on him, she would have them off.
bye, bye gingerbread man.
I think this is a new, fun tradition for us!  Can't wait to actually bake them next year. baby steps.
Posted by Meagan {Green Motherhood} at 7:44 AM