Swimming with the Fish

Last week, we took a family outing to the local Aquarium.  We've been talking about it since we moved here, so it's been almost a year of us just talking and not doing.  Well, that's changed.
Some free tickets were enough to spark a fire under us.
Isla June hadn't been to an aquarium since last summer when we were in Charleston.  She seemed to remember the general idea of looking at fish swimming around in a tank. 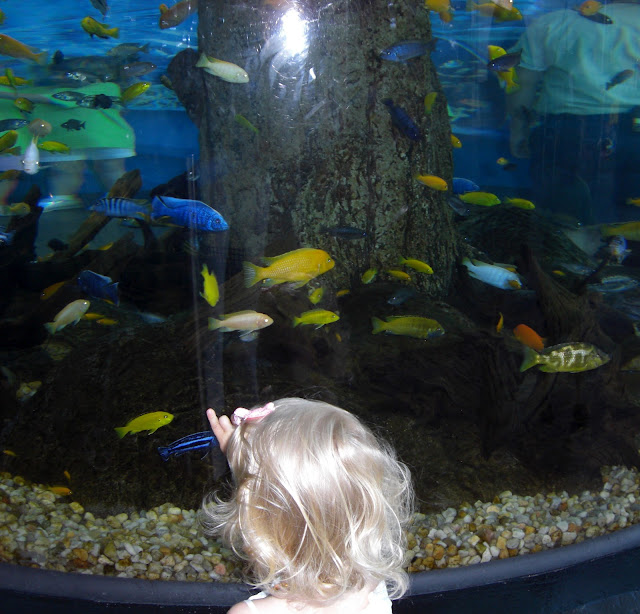 The aquarium is a pretty good size, it's an upstairs/downstairs setup with the middle area being more of a kid zone. 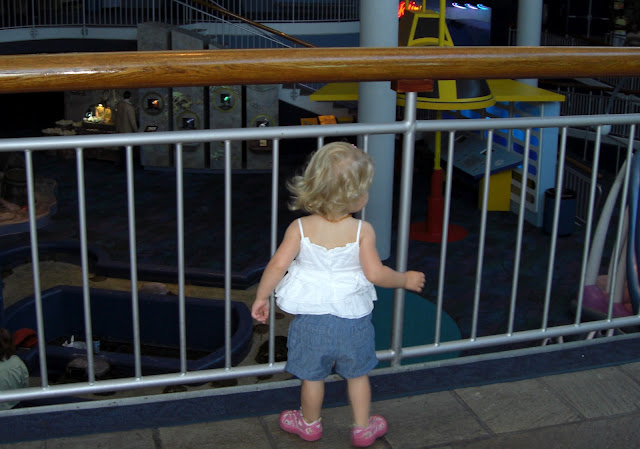 First things first, we checked out the stingray pond.  Did you know that you can actually sign up to swim with these things??
Supposedly, they are very friendly, but it brought back horrific memories of my Spring Break trip Senior year in college when we went swimming with giant man size stingrays in the middle of the ocean.  What was supposed to be a wonderful, magical experience was terrifying.
But, they were cool to watch from afar. 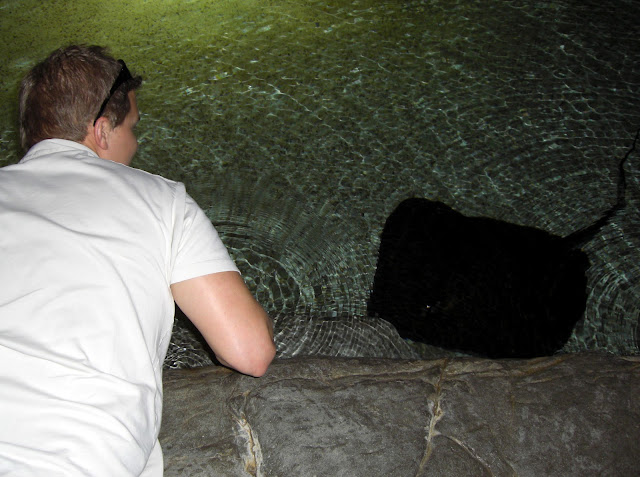 Isla June liked them.
And tried to swim with them. 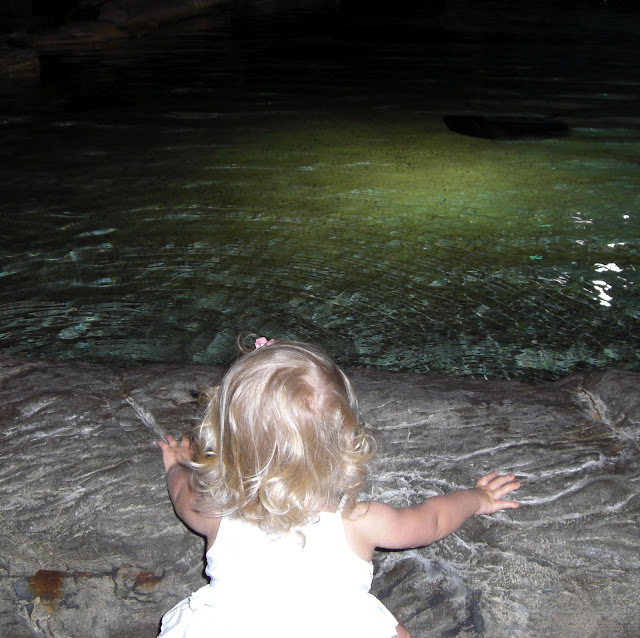 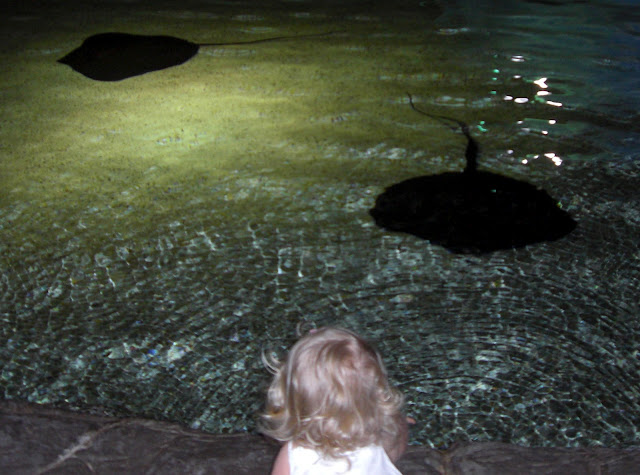 The Aquarium also had a Dinosaur exhibit.  Which was just perfect considering that Isla June has become interested in the prehistoric beasts lately. 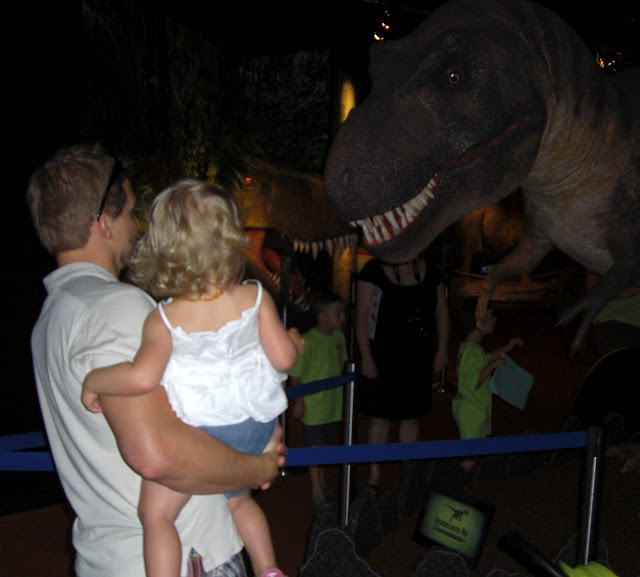 I really thought this thing would terrify her, but of course, she is not easily frightened. 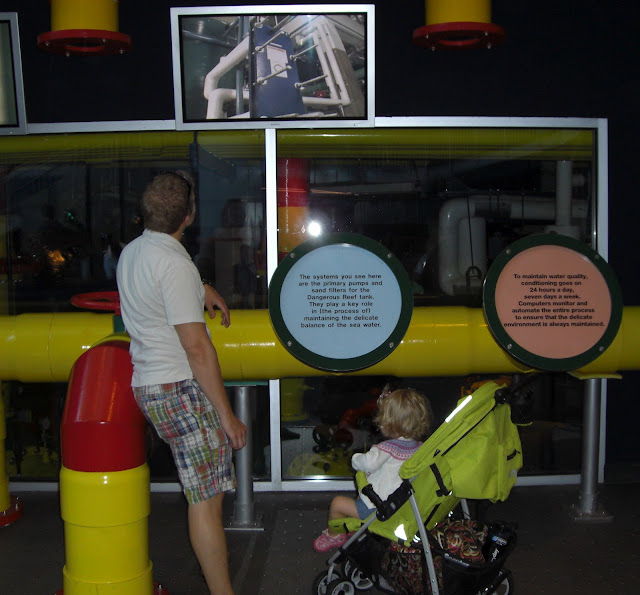 We headed to the play area next. 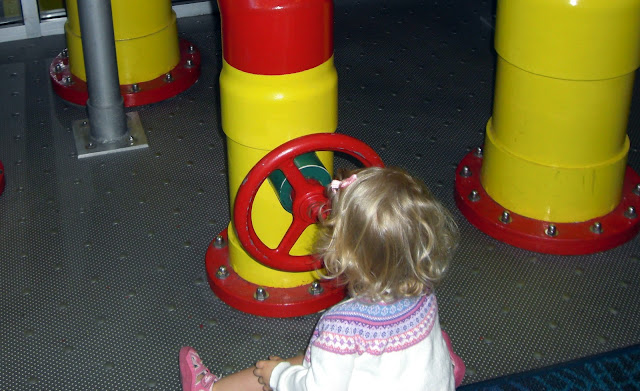 This was absolutely the cutest thing.  Daddy figured out to crawl underneath the display to get inside of it, and watching little Isla June's head pop out, well, it was just precious.  She entertained quite a few people with this trick. 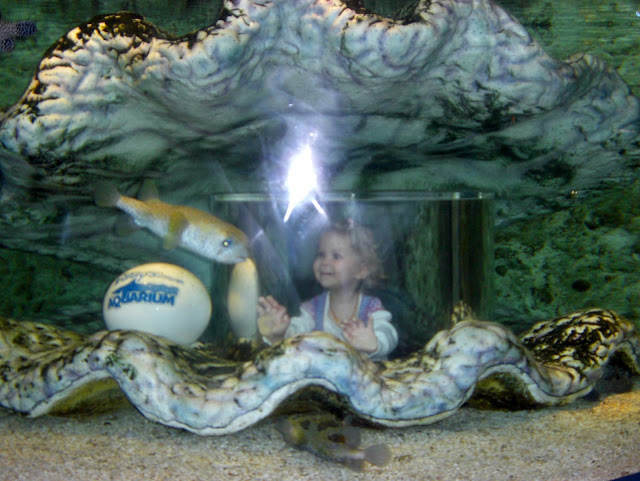 We kind of had to pull her out of here kicking and screaming. 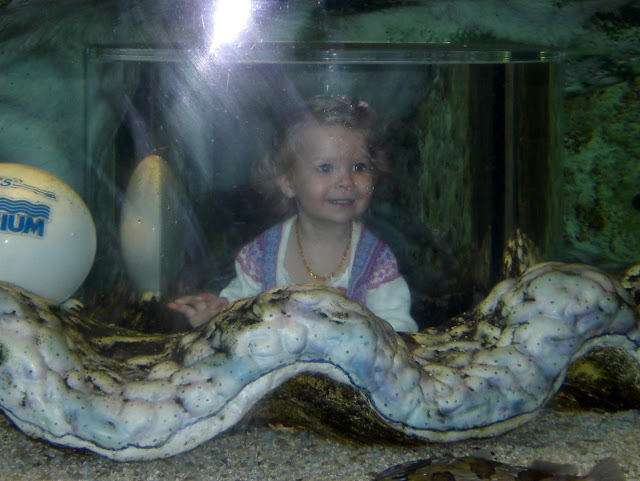 She wasn't too into petting the crab looking stingrays. 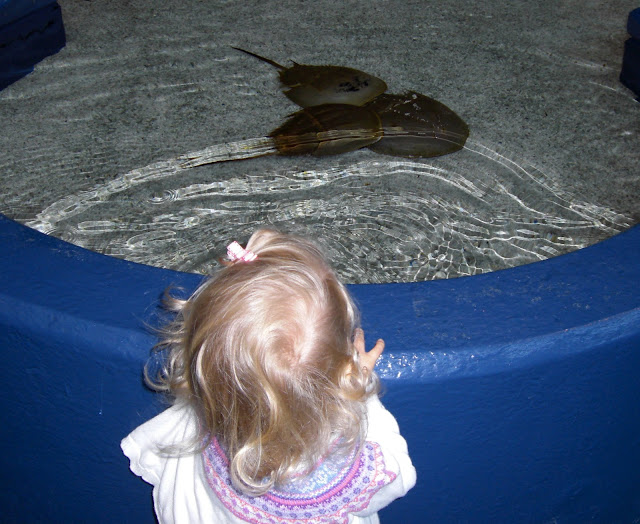 But, she really loved the large aquariums.
(p.s. this is where my camera died and it's just phone pictures from here on out) 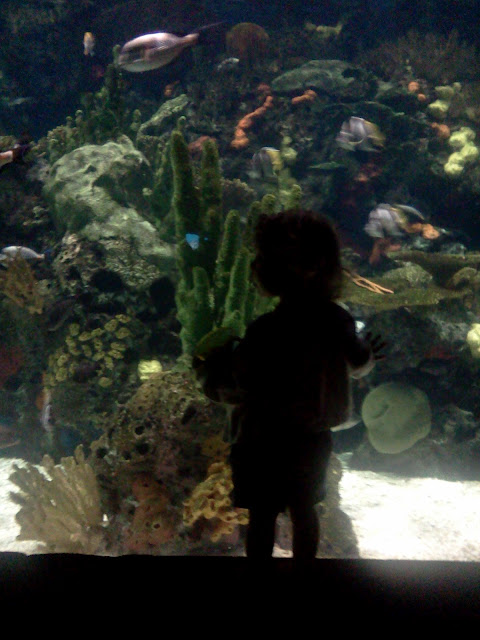 And the slide (this was actually a giant fish mouth). 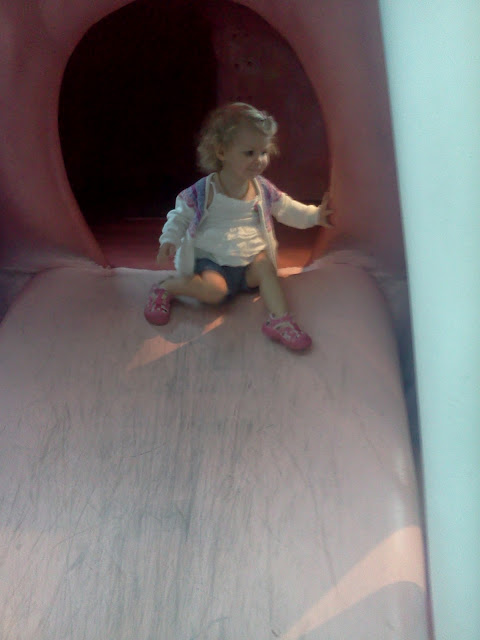 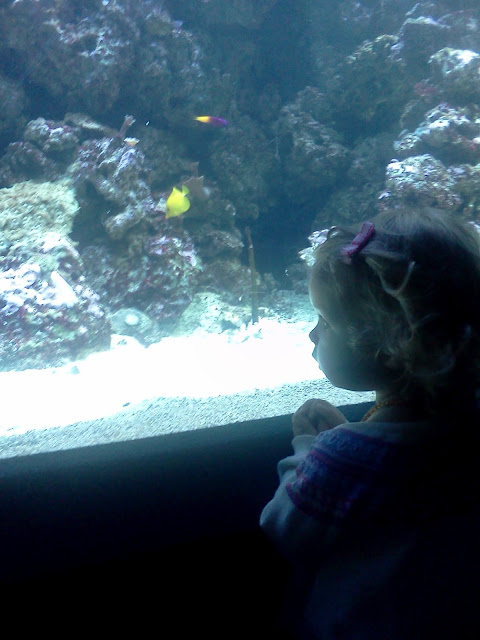 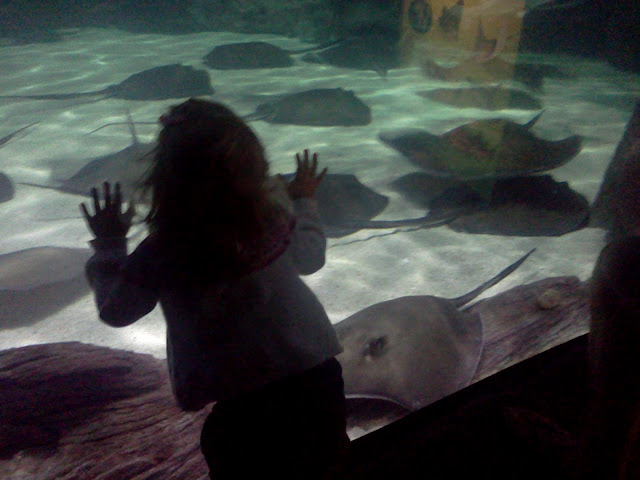 New words learned that day include, stingray and shark 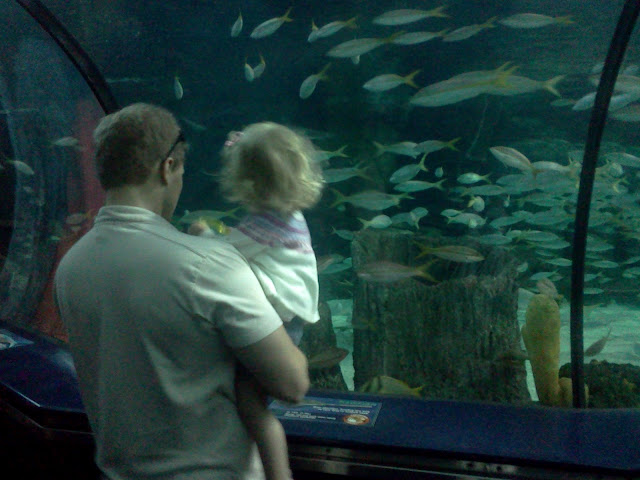 The moving walkways through the overhead tanks were so intriguing we had to do them twice. 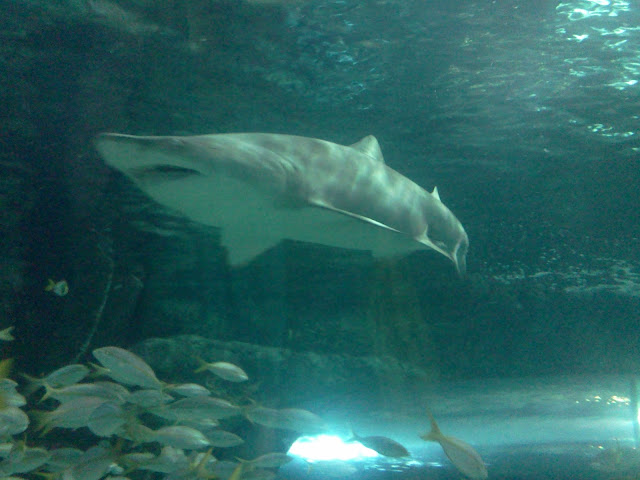 It was a perfect family day.
And then we headed to the courtyard for a dance break.
Any favorite family outing's lately?
Posted by Meagan {Green Motherhood} at 7:49 AM