Take Me out to the Ballgame

I had "go to a local baseball game" as part of my summer bucket list, so on a random Sunday night, I gathered up the family and off we went.  Sundays games are earlier, starting at 6pm so I figured we would have the best chance of making it to the end (and the fireworks!) 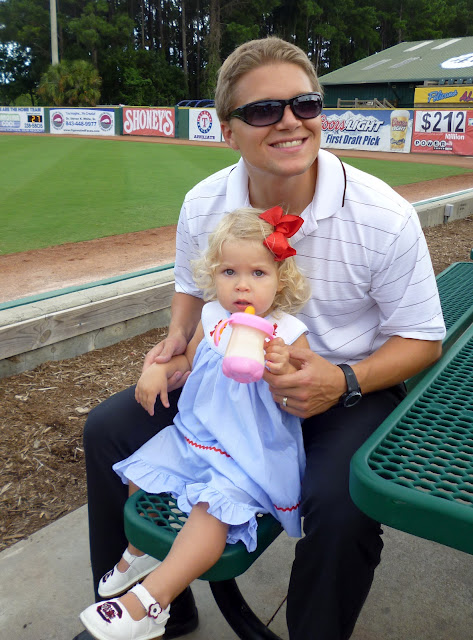 Our first seating spot was near the concessions.  It was right next to the outfield and full of room to play. But, 3 fly balls later we realized that this was a dangerous spot for anyone much less a toddler.  Brain injuries aren't on my summer bucket list. 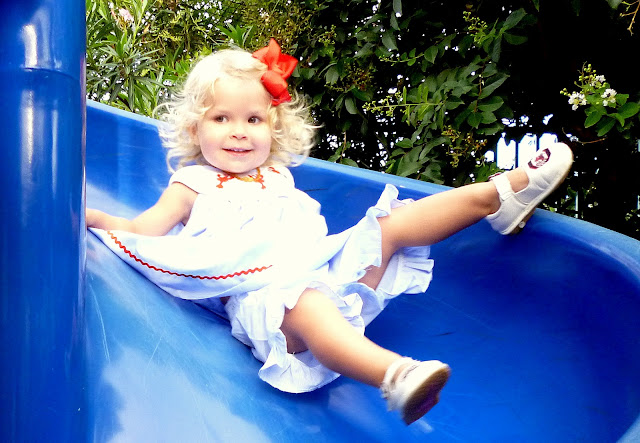 Thankfully, they have a super cute playground right on the grounds.  You can't actually see the baseball game from it, but a ton of the kids were happy.  I was afraid though that we had spent 8 bucks a ticket to play on a playground. 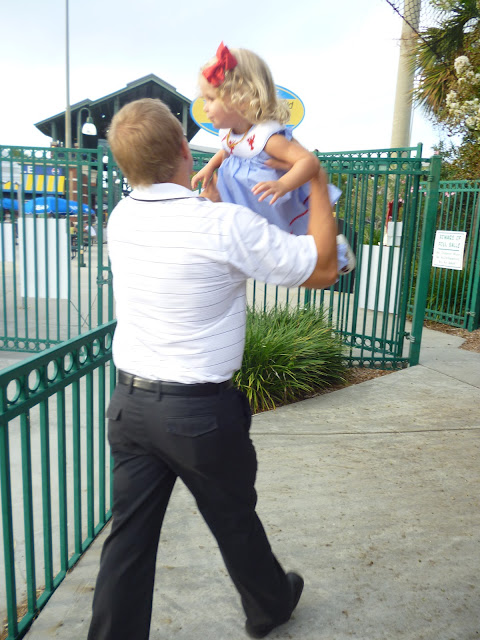 She gave us the ok to leave. 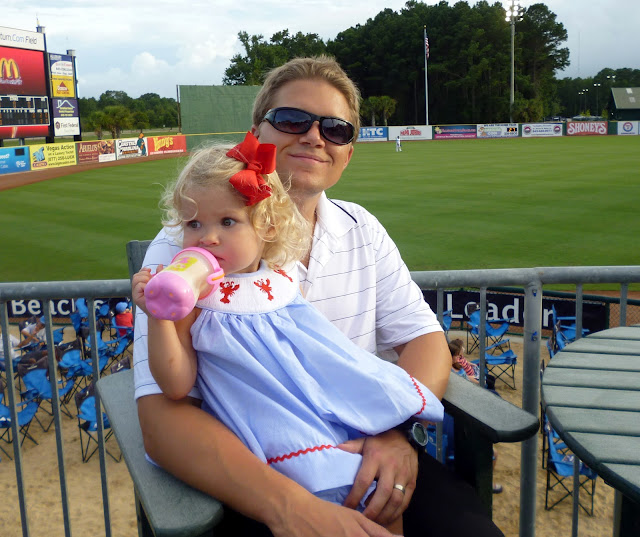 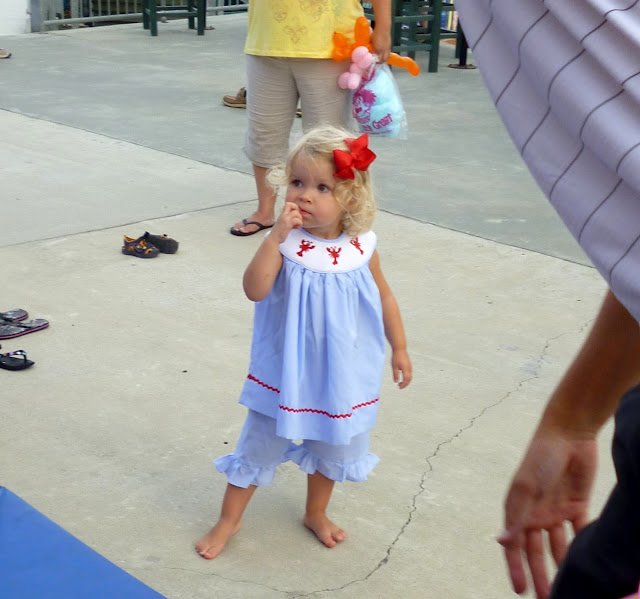 At the top of the stadium, they had a little inflatable area with a bounce house.  And oh, did Isla June want to try that bounce house.
And after waiting for 15 solid minutes and the big kids to dissipate (and a 1 dollar token purchased by daddy), it was finally her turn. 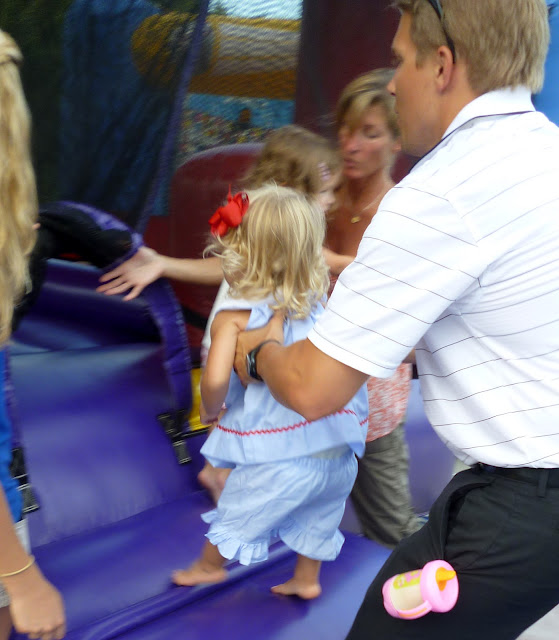 But then she changed her mind. 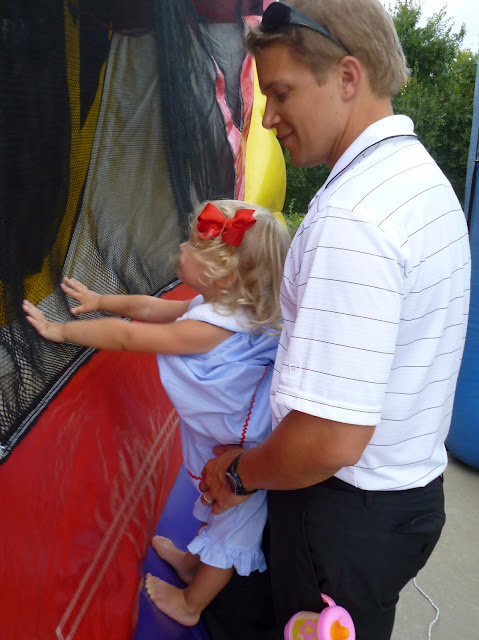 And just wanted to watch.
So, guess who ended up in the bouncehouse? 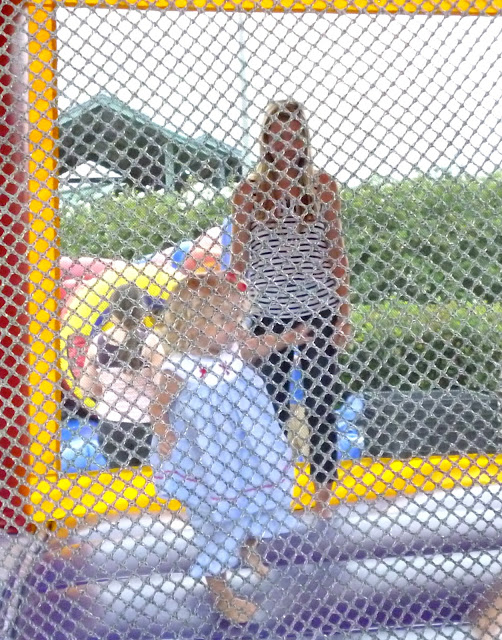 Once we got her in there though, she was hooked (unlike last time)
We even paid another dollar for more bouncing time. 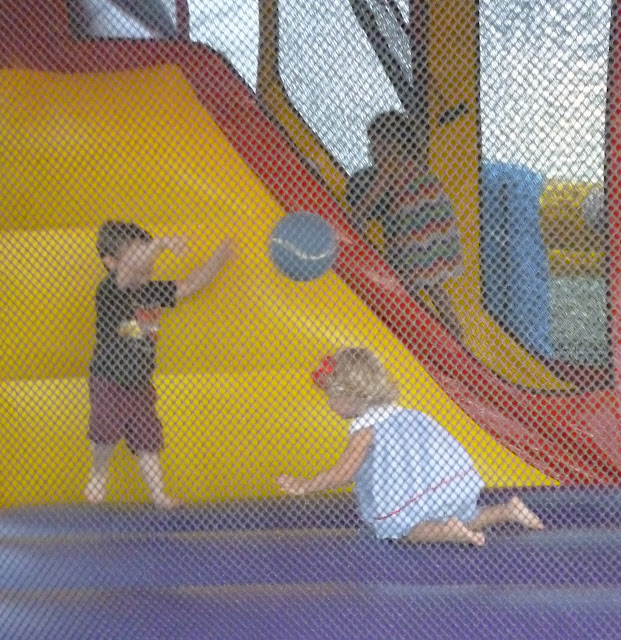 I'm not even sure what was going on with the baseball game during all of this! 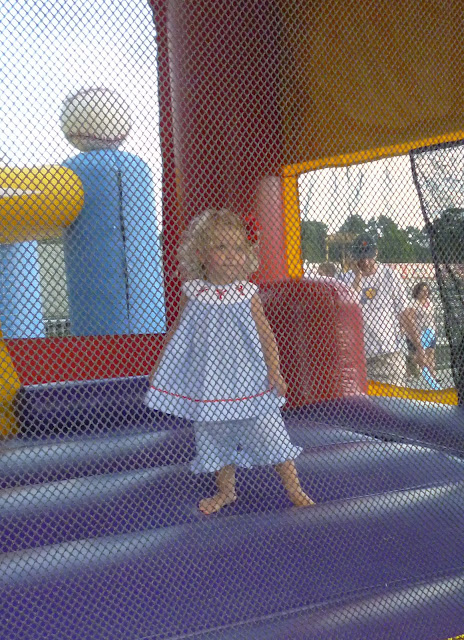 But, after 15 minutes of solid bouncing and being dragged out kicking and screaming, she was spent.
I think this face sums it up. 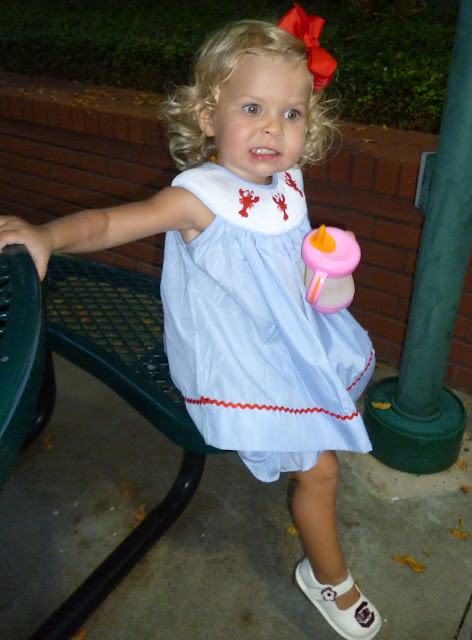 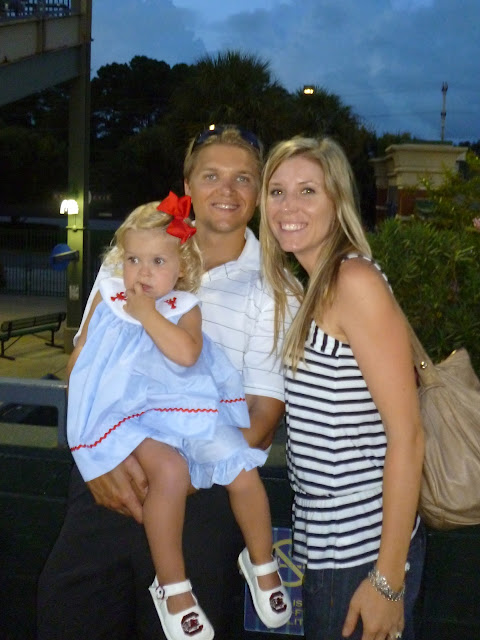 The home team won.
But, we didn't make it long enough for the fireworks. 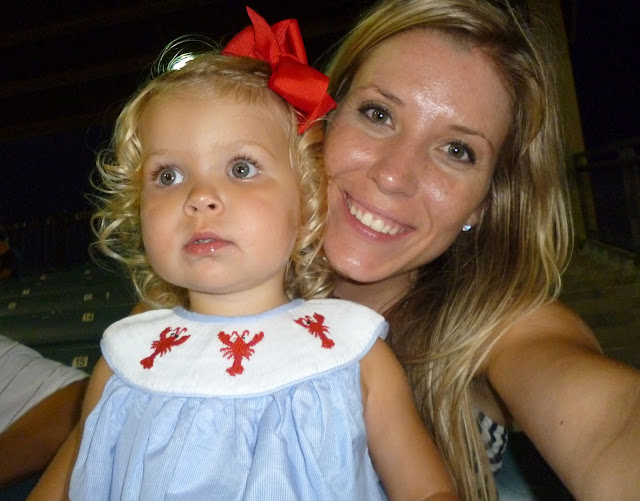 Next time.
Posted by Meagan {Green Motherhood} at 8:44 AM