It's like I blinked and summer's gone.  All of my best laid plans mostly remain just that, plans.  And the looming threat of a cold snap had me scrambling to cram in as much summer as we could in one week- bar b que and swimming- check.
Don't get me wrong, I love football (especially when my team is having a good season, Go Noles), but cooler weather means no swimming, it means packing away summer outfits, it means less sunshine.  Three things I don't like.

If you're loving the cooler weather, just don't tell me.  I'm not ready to talk about it, and it's taking me a while to get over summer. 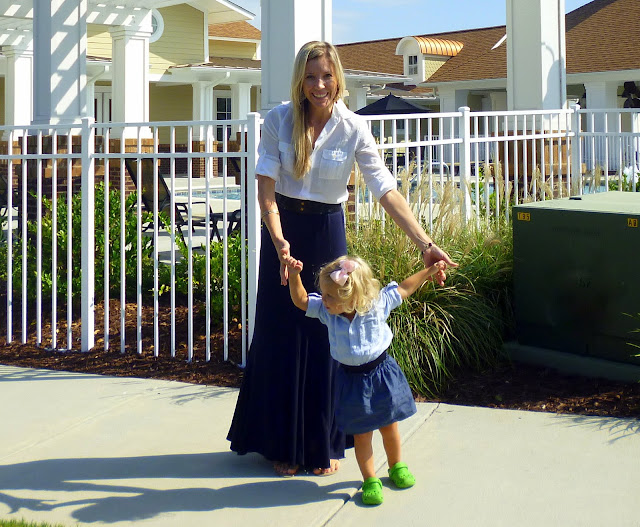 The one redeeming factor?  Cute new little girl clothes (or as she likes to call herself, "yittle girrrl")
She was poured over with oohs and ahhhs in this outfit on Sunday.  Funny that I threw it on last minute after her first dress was taken over by....*ahem* a "movement".
Obviously, this little outfit momma threw together was meant to be.

As for me?  I had a little sweater on but then quickly realized it wasn't that cold (after all, we do live at the beach), but upon running out the door I realized that we were kind of dressed alike.
Trust me, I don't do this on purpose.  It's the subconscious. 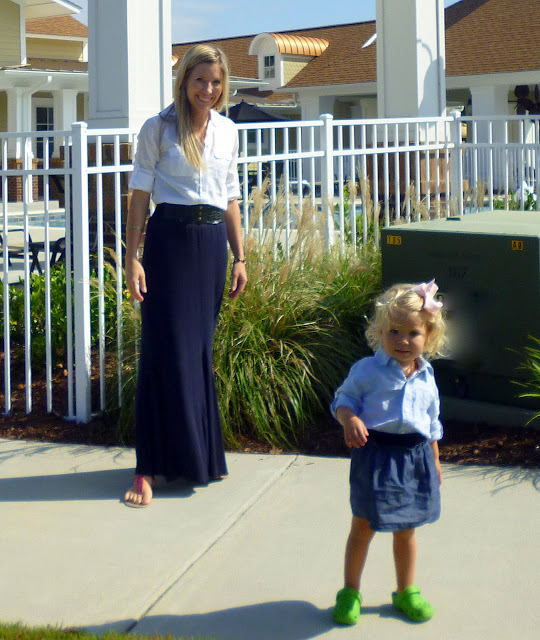 
All of my weather worries seem to be unfounded, I almost started sweating today while loading the groceries.