For Halloween this year, we were really in the season.  I'm not typically one for this holiday as I think putting ghosts up around the house and dressing in costume is much more effort than it's worth.  I love it when other people do it, but I just have never found the fun in it.  I blame my mother. :)
But, this year little girl really knew what was going on, and that made everything that much more exciting and worth every ounce of effort I put into it.  *spoiler alert- I still didn't wear a costume.
In honor of our first ever pumpkin carving (Jeremy and I have never carved a pumpkin in our 8 Halloween's together), we decided to head out to our favorite local farm and pick our own.  Some of our favorite friends came along for the ride. 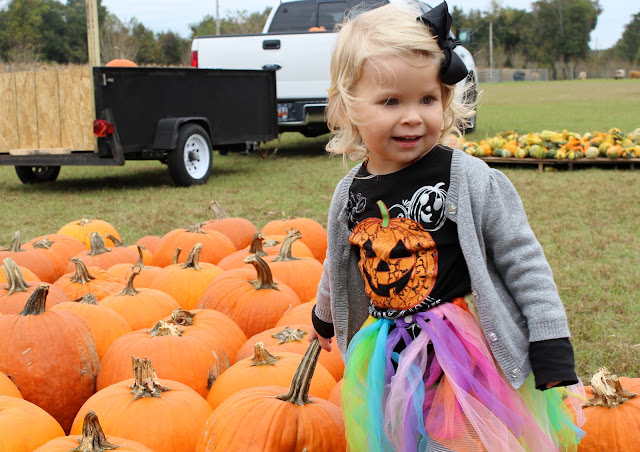 Little Girl insisted on wearing her tutu for a week straight.  She was really ready for this holiday.  Sang song's about it and everything.  Anytime someone asked her what she would be for Halloween, her answer was always, "a pumpkin!"  *spoiler alert- she wasn't a pumpkin.
I think she just related the two together. 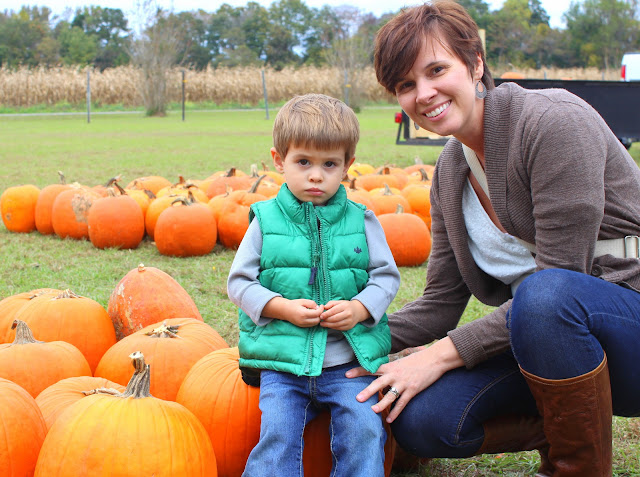 This little man and his mama are such sweet, special friends.  I'm so glad they could come with us and make this outing even more enjoyable!  Hubs was at work, so we loved the company. 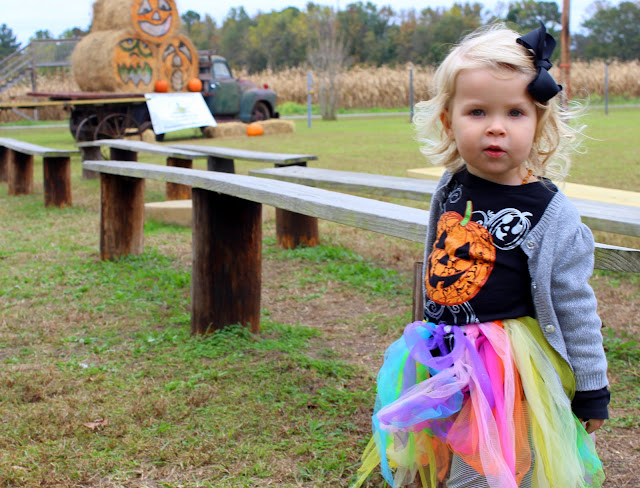 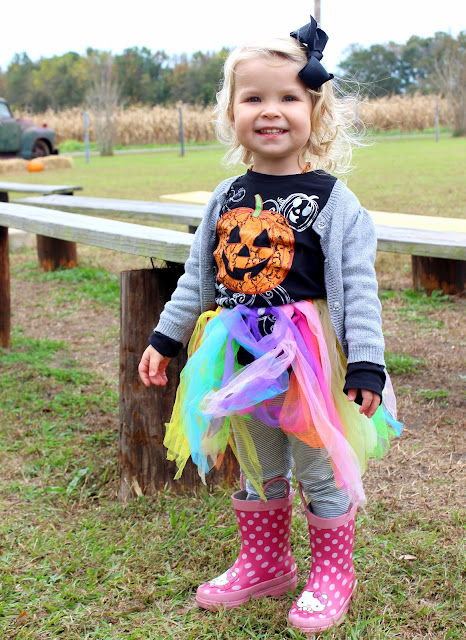 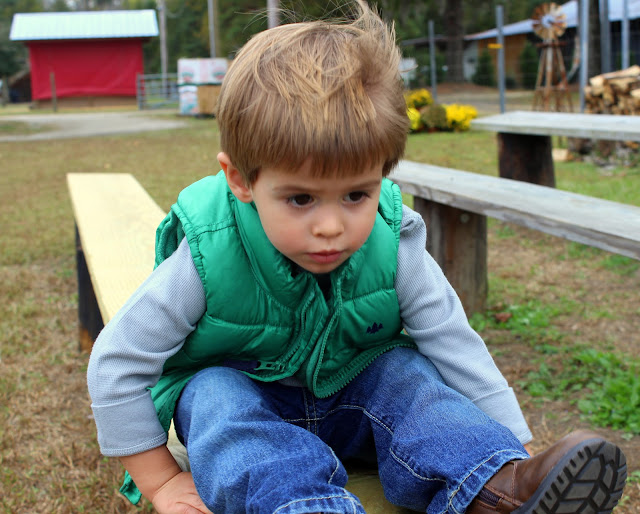 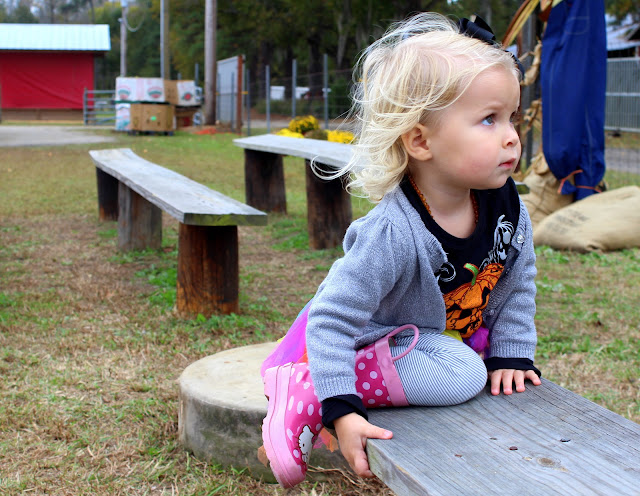 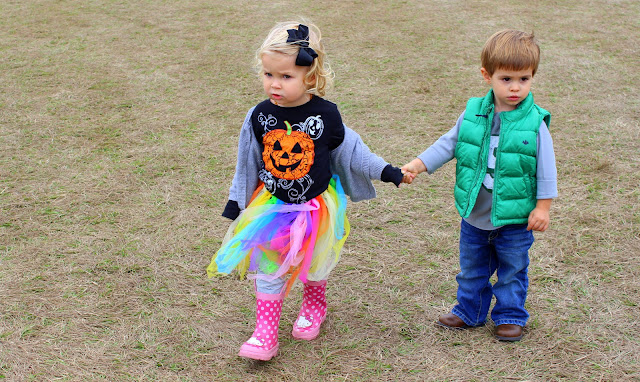 These two little buddy's just kill me.  They are just the absolute cutest and sweetest with each other.  I always threaten to steal him away! 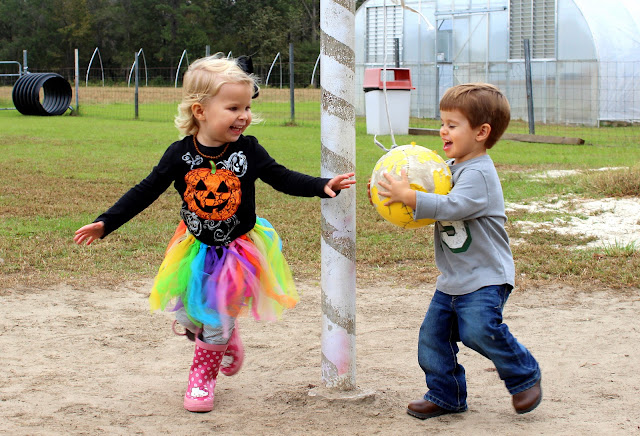 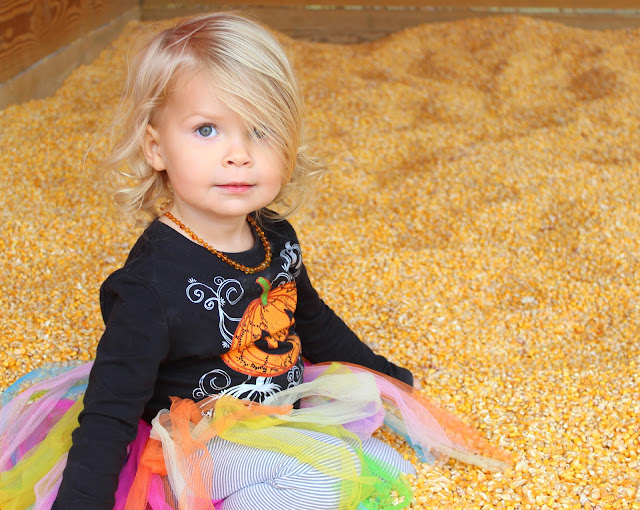 Of course, we found the corn box again.  Those two spent a solid 20 minutes in there.  And the only reason they got out was because corn was flying.  Corn is not supposed to fly. 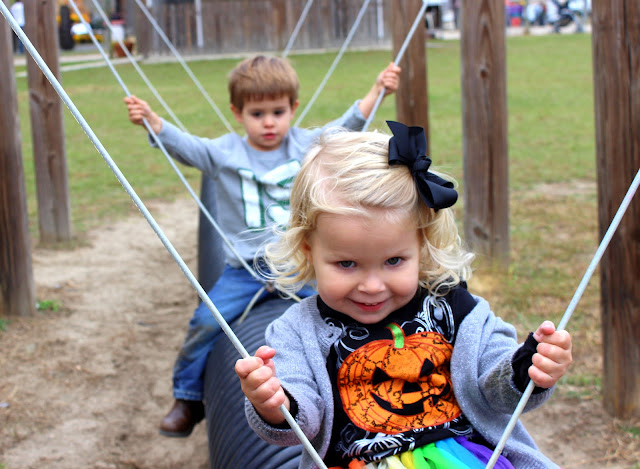 We loved the playground (again!) 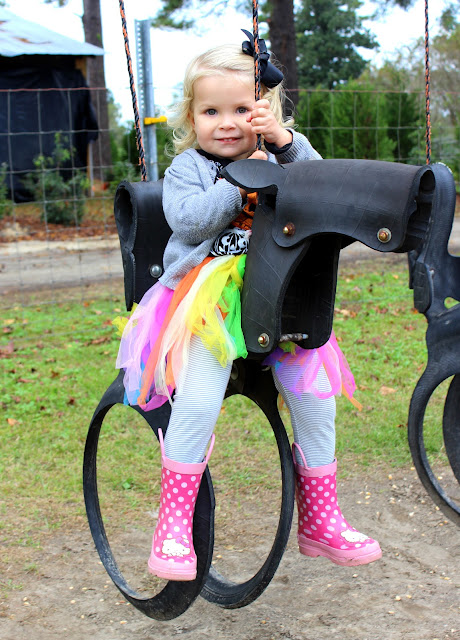 And the animal area.  I wasn't brave enough to actually feed them this time, though.
Those goats are ruthless! 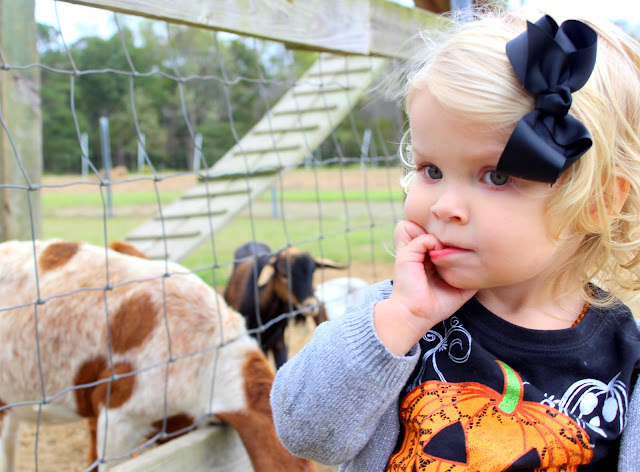 We also went on a hayride (without hay, thankfully) and saw the rest of the farm and the other animals.  It was a full ride and I had to use all of my senses to keep Isla June from jumping out.  Thus, no pictures of that event were taken. 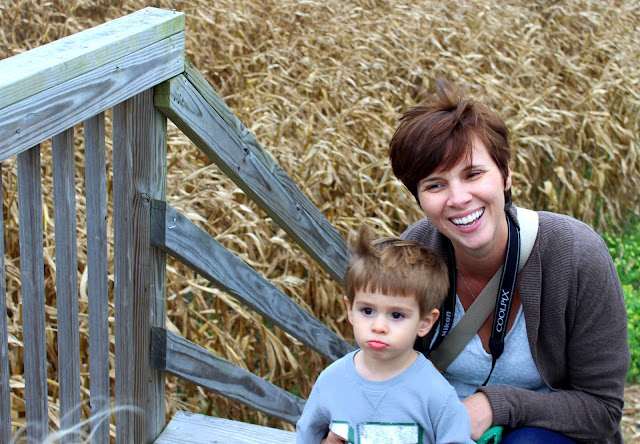 And then we were off to the Corn Maze. Typical me, I wondered the whole time if it was GMO corn.  But, we weren't eating it, just surrounded by it. :) 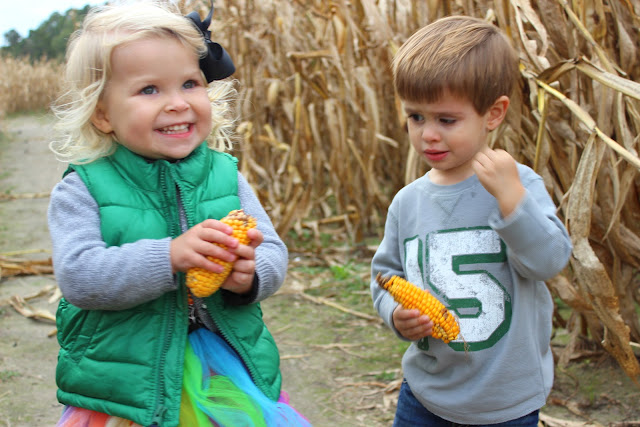 The babes loved picking up all the corn off the ground. 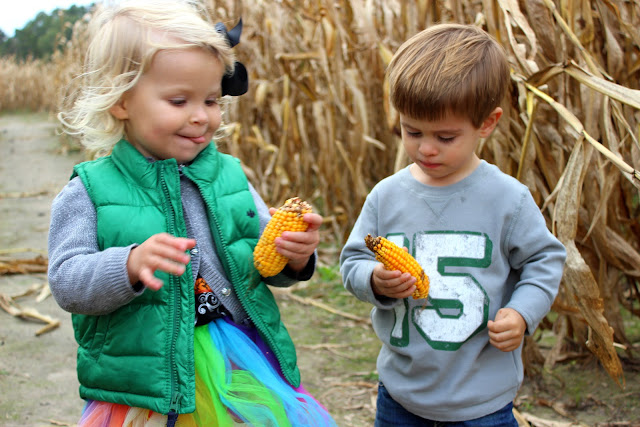 But, we had to have a talk about how this was corn that stays in your hands, not in your mouth. 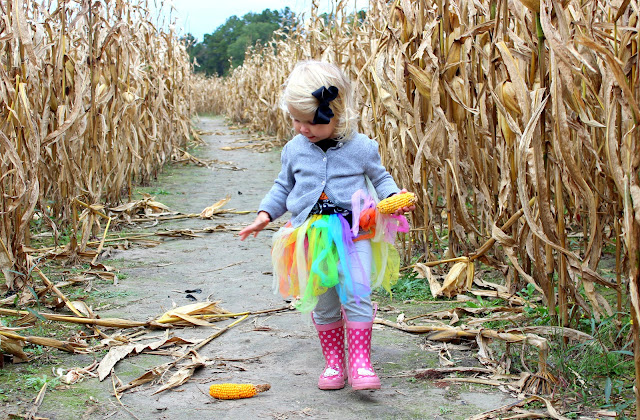 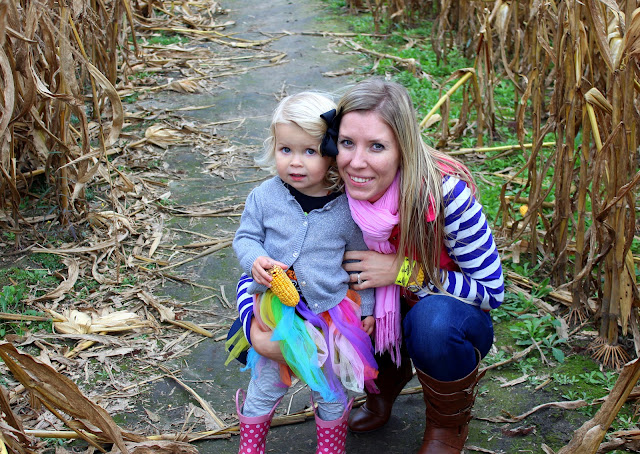 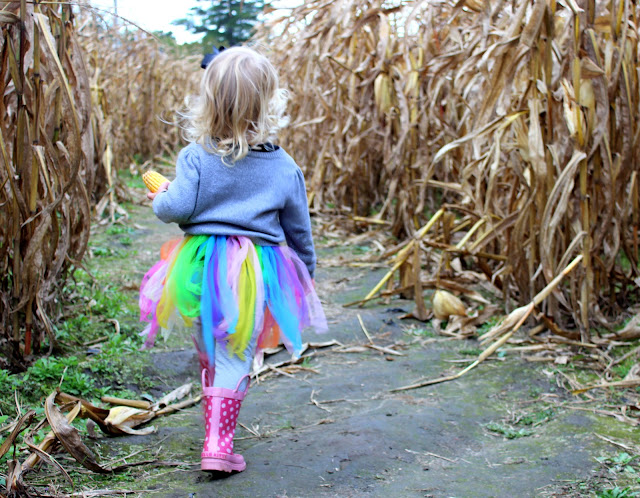 After 2+ hours at the farm, we were exhausted, and the no nap monsters were coming out to play.

It was a delightful day and definitely a new tradition.

Because we don't live in a neighborhood, we chose to spend this holiday at a local outdoor shopping area called Barefoot Landing.  It's one of our favorite places to go and walk around and feed the fish/ducks.  Plus, they have a carousel. 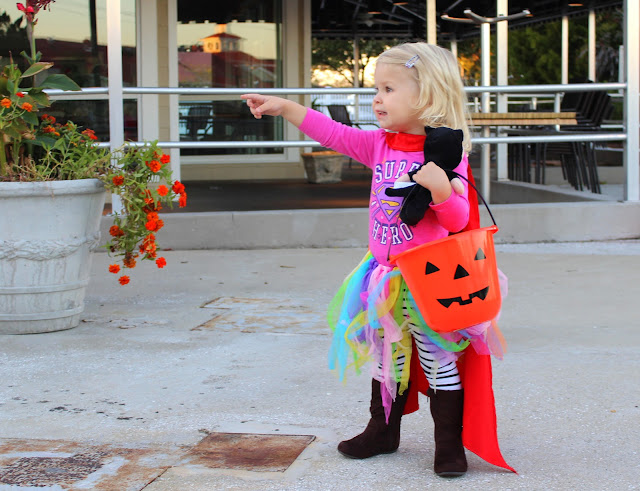 Isla June had 3 costumes to choose from: a fairy, a super hero, or a daisy.  She chose one piece of each costume instead (the daisy headband ended up not making it out of the car).
She's quite the original and independent girl. 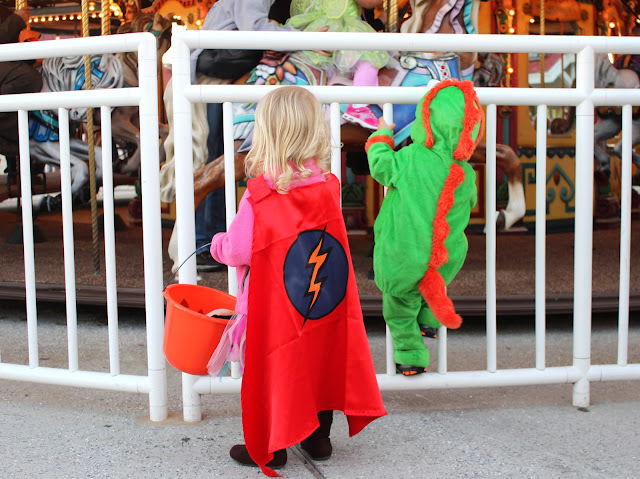 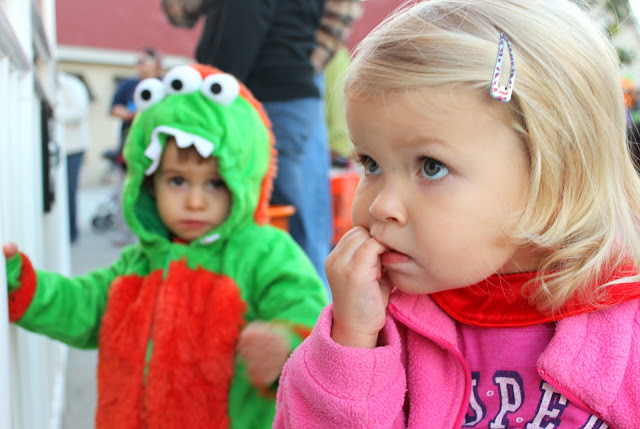 I think we rode the carousel 4 times.  It could have been 5, I lost count.  But, it was free, so we took as much advantage of that as we could. :) 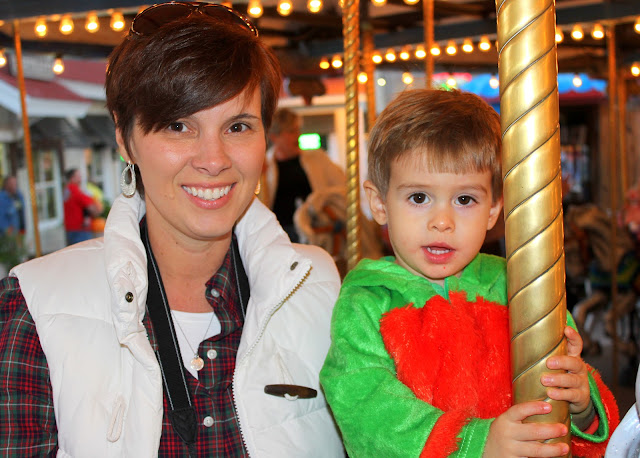 She trick or treated the stores and actually did a great job walking up to the doors by herself, saying, "trick or treat" and leaving with a "thank you!"  I was thoroughly impressed. 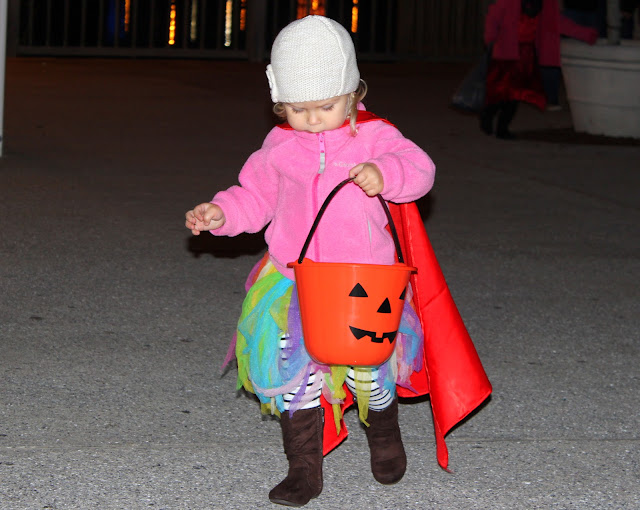 Then the dad's showed up.  Everything is better with daddy. 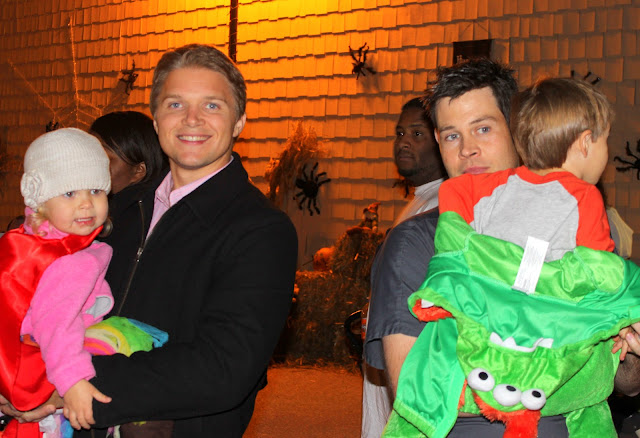 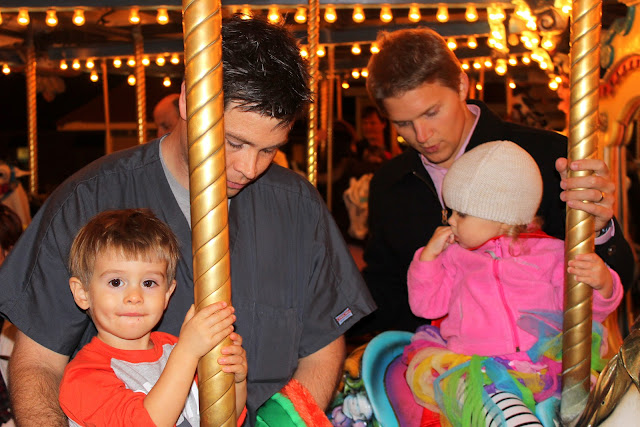 because the mommas got to sit down and chat for once.

After the sun went down and the temperature dropped (even more), we headed out to fill our bellies with a Halloween favorite, Mexican food.
Another new holiday tradition.
Posted by Meagan {Green Motherhood} at 4:50 PM