As many of you know, I wasn't such a good pregnant lady throughout most of the first trimester. It started out great, I was eating well, going to the gym, but by the 7th week, I was sick on the couch every single night. Jeremy was ready to quit.

So, here's a quick look back at the first trimester, or at least what I can remember. 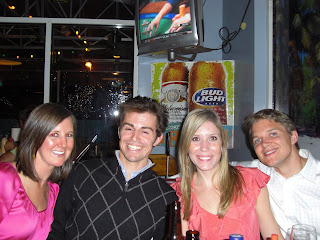 This is my 27th birthday (Sept.29th). Though there is no medical proof and we have no idea either way, there may have been a little zygote in there or at least a lot of cells dividing, however it all works. 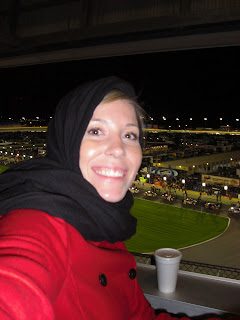 Friday October 17th - 4.5 weeks- I have no idea I'm pregnant (don't worry, that's apple cider in the cup!)
This was at the race track in Charlotte. As I am not a race fan, I don't know what the race was called, but it was really, really cold. Jeremy told me our seats were inside- they were not. As well, he refused to pose for a picture. Booooo Jeremy!
October 20th- I go to the doctor and they tell me I am pregnant. 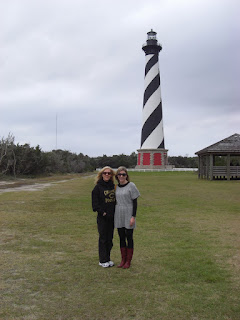 Sunday October 25th- 5.5 weeks- I know, but no one else does, mainly because I still couldn't believe it.
Trip to the Outer Banks with mom and Kenny to see my grandparents. It was cold, but the beach was beautiful. Still felt good enough to go for a run! 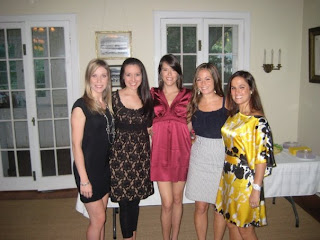 
I drove down to Tallahassee to help throw an engagement party for 3 of my best friends (Elizabeth, Stephanie and Katie) 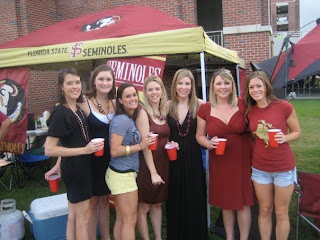 October 31st- my first tailgate in 4 years! Notice I am the only one NOT holding a dixie cup.

So that was October, it flew by and Jeremy was left at home for a couple of weekends. I felt pretty good and really could not believe that I was actually pregnant.
Posted by Meagan {Green Motherhood} at 3:08 PM