I am in no way compensated or affiliated with any of the below mentioned companies.  I just wanted to share my research and experience in a matter that leaves many mother's and father's with questions.  I chose to do what works for my family.  I hope it can help you find out what's best for yours.
After 19 months, it was finally time to switch Isla June out of her infant car carrier (we went with the Graco snugride 35 and loved it).  It took us long enough, I know. 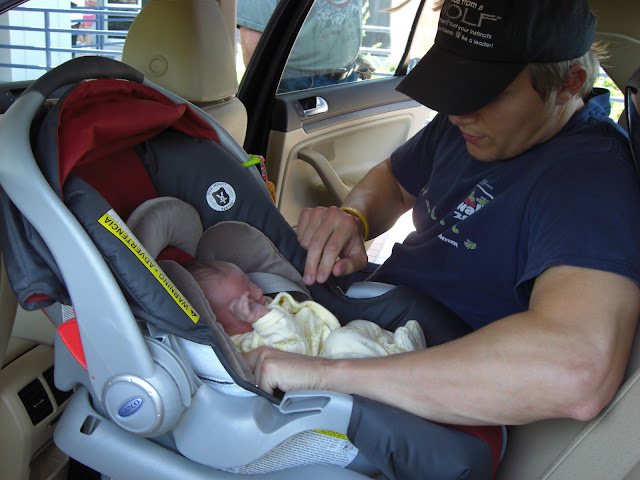 But, she still fit into her infant seat, and I really hadn't decided on a convertible seat yet, so I just kept putting it off.  But with the weather change adding bulky jackets to our daily wear, the original seat wasn't working for us anymore.

After going to this website and watching the video(seriously watch this video), I became very serious about the safety of our car seats and knew that finding a seat that kept Isla June securely harnessed for many years in the future (like up until she's 18. I kid, I kid) would be the most important thing for me.

I was seriously considering the Graco MyRide 65 and the Graco Nautilus 3in1.  Both of them have really great reviews, and after our experience with Isla June's infant carrier, I knew I could trust this company.  My only concern though was both had negative comments in the reviews about the "crotch strap" being too short and the child outgrowing the seat rather quickly.  As well, the Nautilus was only able to forward face but the MyRide was able to do both.  I really wanted a car seat that could be rear and forward facing at higher weight limits.  The Nautilus went up to a higher weight limit, but some reviewers said it was uncomfortable for their little ones (and any mother knows an uncomfortable car seat can be the death of any car trip).  I was really at a loss.  I wanted an affordable  car seat that could grow with her and still be comfortable right now.

So then, I started looking at Britax (because a lot of the negative comments on Graco's said they bit the bullet and got a Britax). And you know what, almost everyone said they loved their Britax car seat (even a poll of friends on Facebook agreed).

But, on top of all that "what's the best carseat for us" research, I also had to look into potential toxins in the car seat. Because, yes, that's a real thing, yo.  And guess what?  Britax car seat's tested the highest in toxins.  ugh.  Really, what is a mother to do?

Ultimately,  I decided that we would go with a Britax.  But, I would pick a seat with the lowest toxin rating (most of the toxins are based on the cover of the seat, typically darker prints equal higher toxins, or so it seems).  See this website for details.  Isla June's carseat ranks in the "medium" category for toxins, most of them being in the clip, which I don't let her put in her mouth.  And, I plan on washing the seat cover in hot water with Vinegar (which is known to help get rid of some toxins in the material).  It's the best I could do for safety and happy healthy baby. 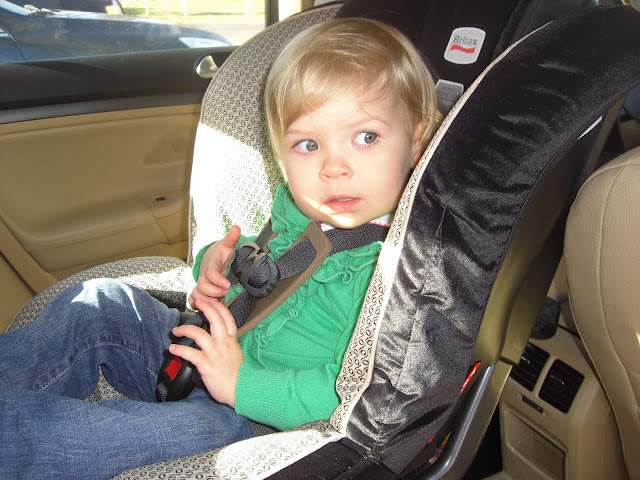 She loves it.  Such a big girl.  And even though it is a rather large seat, it fits in my VW Jetta just fine.
We have another Graco convertible car seat in Jer's car (it's an older model), and I can totally tell the difference between the two.  This Britax is SOLID.  Heavy and made of steel in some parts.  I can tell why this gets such great reviews for safety.  It's not going anywhere. 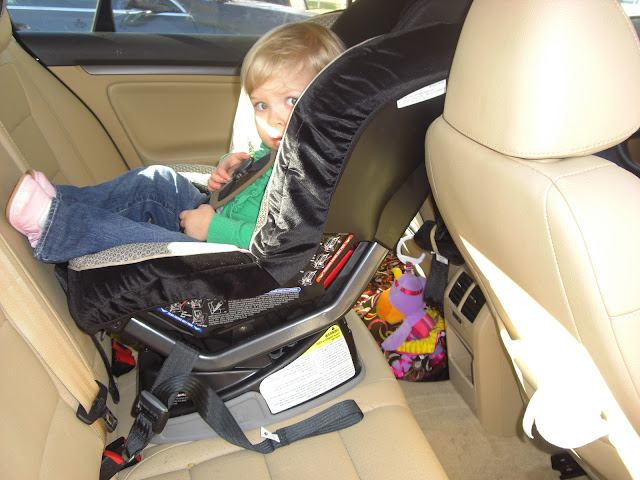 It took Jeremy only 2 minutes to install it.  It's super easy.  One of the best features is the easy adjustment for the shoulder harness, no threading and re-threading as Isla June grows.  Love it. 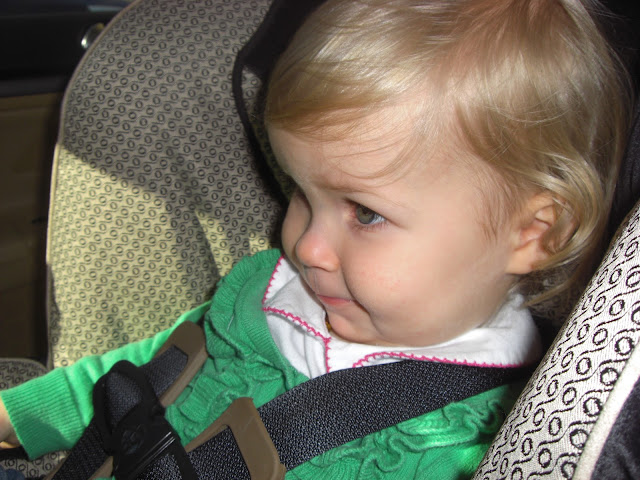 As you can see, we went with the Waverly pattern.  I think it looks nice with the car, if I do say so myself.
We haven't taken it on a long trip, but we've been around town in it quite a bit.  And Isla June seems very comfy and happy.

I feel good about her being safe.  And, I don't have to research anymore car seats.  ever.  Well, at least not for many more years.

Posted by Meagan {Green Motherhood} at 4:28 AM