I participated in a campaign on behalf of Mom Central Consulting for Chicco. I received a product sample to facilitate my review and as a thank you for participating.

I have been incredibly blessed with the opportunity to nurse both of my babies.  Despite the rough start Everly and I had in the first few days, every meal of hers has been made by me. :)  We've dealt with food insensitivity and preemie belly upsets, but, we've persevered.  Nursing is one of my favorite things about this newborn stage.


But, with that being said, I do like the opportunity to step away from my momma duties and let someone else help out.  This means I can go on a date with my husband, or a dinner out with my friends, or just take a long, peaceful bath!  I need those moments to recharge.

With Isla June, she was such a hungry little girl that she didn't care what vessel her food came out of, as long as it was momma's milk.  It was so easy to switch between nursing and bottle feeding with her, which was vital considering I went back to work when she was 3 months old.

But, as I've learned, every child is different.  Even if they're from the same womb.  Everly is not a bottle fan.  And on top of that, she really hates pacifiers.  It's been a small source of frustration for this mommy.  I've assured her that life will be easier if she could just accept the pacis and bottles every now and then.  She has yet to believe me.

When Mom Central Consulting and Chicco gave me the opportunity to try out the new line of NaturalFit  bottles, I jumped at the chance.  Maybe this was the answer to our bottle feeding prayers! 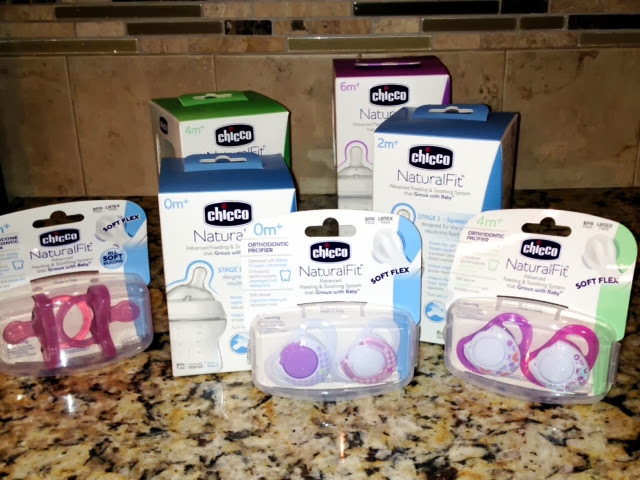 The bottles come in 4 different sizes.  Since we were still getting used to the idea of bottles, I started us out with the 0+ months bottle.  Its a small 5 oz. bottle designed specifically for easy transition from breast to bottle. 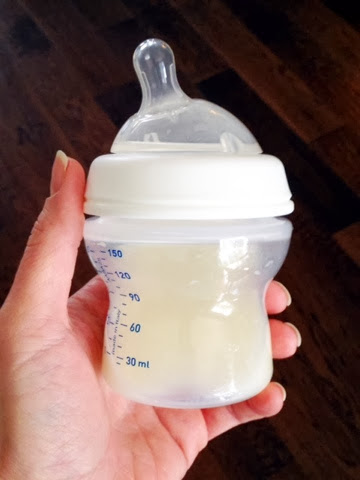 I really liked that the bottles are made in Italy and feature twin anti-colic valves to help prevent air ingestion, gas and spit up.  Because, every momma knows that spit up is the pits!
Other momma approved features include:

The one downside to the bottles, in my eyes, is that they do not have a glass option.  So, we heat up the milk in a glass bottle and then transfer it to the Chicco bottle for feeding.

Because Everly still refuses to take bottles from me (she just chews on them if I try), Daddy became our bottle tester.  He said that she took to this bottle much easier than any other we've tried.  There was less cajoling her to eat and more actually eating.  Hooray!

Chicco was amazing enough to also send us some pacifiers to try out.  The NaturalFit Deco Orthodontic pacifiers were developed with leading European orthodontists to help support oral development.
Sadly, they aren't taken to by Everly(yet), but I think if I had them in the beginning (like when she was 2 weeks old), then we might have actually had a chance at using pacifiers.  The smaller nipple would have been ideal for her preemie mouth in the first few weeks.  I think that was our problem with every other pacifier.
I'm going to keep trying though!  Between the three options Chicco sent us, I think she'll eventually take to one.

I would definitely recommend these new Chicco bottle and pacifiers to moms with new babies, especially preemie's whose mouths and sucking reflexes are small and still developing.
(They can be purchased in store or online at buybuy BABY)


Did your baby have trouble taking a bottle or pacifier?
This is new territory for me, so I would love to hear about other mommy's experiences!
Posted by Meagan {Green Motherhood} at 2:05 PM