My Experience with Placenta Encapsulation

I've learned in my old age to never say never.  This lesson often comes to you as a mother because there are now little people running around your house doing everything in their power to contradict any and everything you ever thought to be enforceable.

When I first heard someone tell me that they were planning on ingesting their placenta, my reaction was probably much like any one else: EWWWWW!
I seriously thought it was over the line and gross.   I wondered why anyone would do it.

My postpartum time with Isla June was stressful.  She was a colicky baby.  And I was taking 3 online college teaching courses.  It was mayhem in our house.  And I was overwhelmed.
Looking back, I can definitely say that I had the baby blues.  But, I never had post partum depression.

Until I stopped breastfeeding.
Which wasn't until a year later.

Most people aren't aware (as I wasn't) that weaning can cause a similar fluctuation in hormones that can bring on post partum symptoms.  I had no idea what was going on and felt a little crazy.  I'm sure my husband was confused.  I later found out, after recovering from the symptoms, what had happened.

And I never wanted to go through that again.
Enter my research where I stumbled upon Placenta Encapsulation.  Anecdotal evidence shows that it lessens the likeliood of postpartum depression and baby blues as well as offering the benefit of more energy for a recovering mother.  It's also been said to reduce post partum bleeding (something I had already had a problem with after Isla June).

I read evidence based reports and scoured to find other mother's personal stories.  It seemed as though it was worth a try.  The only thing holding me back was the cost.  It was going to be over $200 dollars to have someone take care of the encapsulation for me.  Considering we were already going to be paying for all of my medical expenses out of pocket, I was a little hesitant to add one more thing to the bill.

But, then I got sick.
And I really felt like my body was giving up on me.
I knew I was going to need everything I could get to make it through this post partum time. 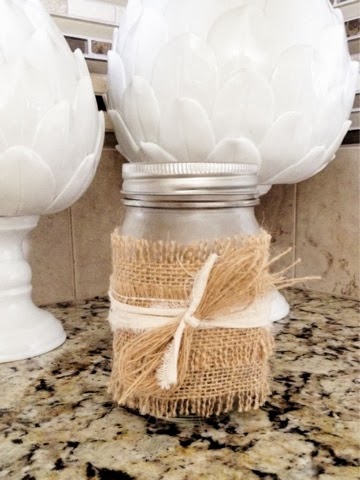 Thankfully, my amazing midwife handled all of the care and set-up for the encapsulation.  She brought the cooler to the delivery.  She handled the refrigeration aspect of it and handed it off to their encapsulation specialist (who was a nurse at the hospital I delivered), and a week later I had these little pills in a cute mason jar that looked a lot like vitamins.  (the placenta is actually dehydrated and ground into a fine powder).

I seriously didn't even see the placenta.  Not.once.
It was so not a big deal.

My experience with it?
I am so thankful everyday that I made the last minute decision to encapsulate my placenta.
Considering that I hemorrhaged, twice, after labor, this was a life saving pill for me.  It had a lot of the iron I needed to get my health back on track.  I almost asked for it after labor because I was so tired and scared of the hemorrhages!  I don't know for sure if it would have helped then, but there is a good chance it would have.

I was also so, so much happier this time around.  Even considering the stress of the health issues and bed rest I was put on after the delivery.  The first week post partum, I cried 4 times: because I was happy, because I was sad, because I was overwhelmed; I was just emotional.  Then, I started the pills, and I only cried once in the next two months.  It leveled out my emotions that well.

My post partum bleeding was also pretty much non existent this time.  It was so light and stopped completely at 5 weeks and never came back, MUCH different from my last experience.

Another amazing benefit of the pills is the increase in milk production.  I'm not exactly sure what was going on this time because I never had supply issues with Isla June but, either due to my medical issues (low iron and high blood pressure), which can effect milk production, or the fact that Everly didn't eat very much in the beginning due to her super small size, I felt as though my milk was dwindling.  Two pills later and everything was back on track.

I still have half a bag of pills left in my freezer that I am saving for the time that we wean, just in case I experience similar issues as before.  It has given me such peace of mind to know that I have something natural to use to help my body recover and support me in this venture.

Originally, I had sworn to never utter a word about this to anyone other than family because of the reactions I knew people would have to the notion of me ingesting my placenta, considering I used to have the same reaction about the topic.

But now, I want to help normalize this issue.  If my story can help just one woman not experience post partum depression, or help a mother more successfully nurse her baby, then I say it's worth it.  I feel as though God has given us something to help support us through a somewhat difficult and transitional time; Why not use it?

(Mommypotamus shares her Placenta Experience and answers some common questions HERE)
Posted by Meagan {Green Motherhood} at 10:11 AM