Every time we leave the house, someone mentions (or exclaims) what a pretty girl Isla June is.  Now, I'm not saying this to brag.  She is a beautiful baby, it's a fact.  And some days she is so striking to me- her big blue eyes, soft ringlets in her hair, cute button nose and beautiful round cheeks.  I just have to squeeze her.  And I'm sure strangers feel the same.

But, these comments do always make me a little uneasy....Yes, she's pretty, but she is also so smart, and sooo funny.  She loves books and dogs.  She loves to swim and dance.  She is so much more than her adorable face.
And I want her to know that. 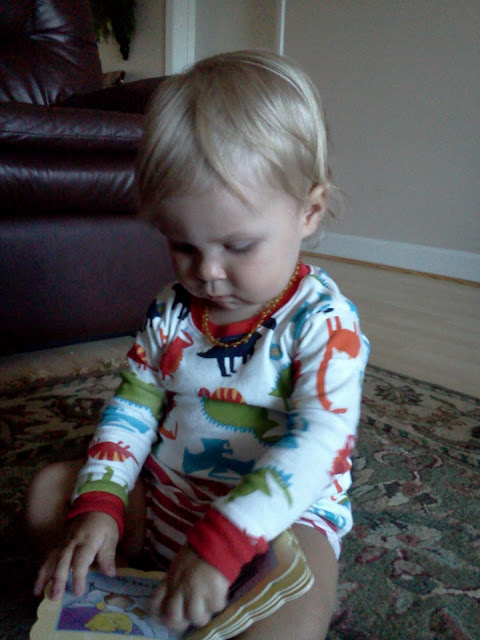 I recently read an article where Lisa Bloom, author of , Think: Straight Talk for Women to Stay Smart in a Dumbed-Down World, was discussing this gushing of pretty phenomenon and how it is effecting our little girls.
This week ABC News reported that nearly half of all three- to six-year-old girls worry about being fat....15 to 18 percent of girls under 12 now wear mascara, eyeliner and lipstick regularly; eating disorders are up and self-esteem is down; and 25 percent of young American women would rather win America's Next Top Model than the Nobel Peace Prize. Even bright, successful college women say they'd rather be hot than smart.
Growing up, I remember peeple telling me that I was pretty. I know my mom has said that it was important for her to tell us this because she wanted us to have good self-esteem and feel confident (which I am so grateful for). But as I got older, I think it made me more focused on my looks, thus causing a lot of self doubt and insecurity. I thought I was supposed to always be pretty.  But, I came to find out that there was always someone prettier than me and I never felt beautiful enough. I never felt enough; something I struggled with for a long time.  It took me a long time to realize that there is so much more than just being pretty.
Becoming a mother has had a profound effect on me in many ways, but especially on my acceptance of myself. Isla June has given me such confidence as her mother to be who I am and to believe in myself and my principles like never before. I am so much more than my outside appearance. I am more than my job title, I am more than my religion and socioeconomic status.
I am Isla June's mother.

But, I don't want her to have to wait 28 years (and have to become a mother) to feel fulfilled and confident in herself.
So what do I do. I mean, she is pretty adorable. And I have to confess, I have done the "ohhh she's so pretty" act a few too many times myself.
In Bloom's article, she gave an example of her interaction with a young girl and offered this advice:
“Try this the next time you meet a little girl. She may be surprised and unsure at first, because few ask her about her mind, but be patient and stick with it. Ask her what she's reading. What does she like and dislike, and why? There are no wrong answers. You're just generating an intelligent conversation that respects her brain…What bothers her out there in the world? How would she fix it if she had a magic wand? You may get some intriguing answers. Tell her about your ideas and accomplishments and your favorite books. Model for her what a thinking woman says and does.”

So, although I can't change what others say to her (and may I point out that I am so blessed to have these sweet and kind comments from loved ones and strangers), I can attempt to model a more whole and well rounded figure for her.    And maybe I can teach her to confidently and with her sweetest southern drawl reply,"thank you. I'm smart and funny too!"
Posted by Meagan {Green Motherhood} at 12:52 PM